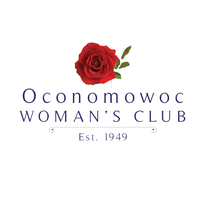 Oconomowoc Woman's Club is a charity/service organization which is affilated with the General Federation of Women's Club's national organization in Washington, DC. We meet nine months out of the year on the first Wednesday of those months to conduct our monthly meetings and generally follow the luncheon meeting with a program for those attending. We schedule fun activities to generate income for charity giving. We schedule fundraisers to generate income so that we can donate to various charity groups in the area - Women's Club Style Show in October, Garden Club Tours in July, Ladies Night Out in February, Festival of the Arts Food Booth in August. We average giving over $10,000 yearly to various area groups.

Thank you to our
Platinum Sponsors