Oconomowoc (January 6, 2021) – During the final weeks of December and into the first week of January, as part of its “Holi-Days of Giving” program, the branches of Bank Five Nine delivered much-needed holiday cheer to thirteen individuals.

Bank Five Nine collected and received hundreds nominations during the month of November 2020, and found 13 families/individuals in Waukesha, Ozaukee and Washington Counties who deserved a little extra holiday cheer. Each recipient received holiday gifts, valued up to $500 from the bank. Some of the chosen recipients included a Pastor with Spinal muscular atrophy (SMA), a worker at a local Senior Center, a thoughtful selfless volunteer, two wonderful husbands that are also cancer caregivers, a young lady fighting a brain tumor, and a local deputy fire chief with two children with special needs.

Bank Five Nine thanks everyone who nominated someone this year for the program as many amazing nominations were received.  As a true community bank, our mission is to ‘Make Lives Better’. This year was rough on a lot of people, and we are thankful we can bring some joy through this wonderful program,” said Jeff McCarthy, Bank Five Nine VP of Marketing. 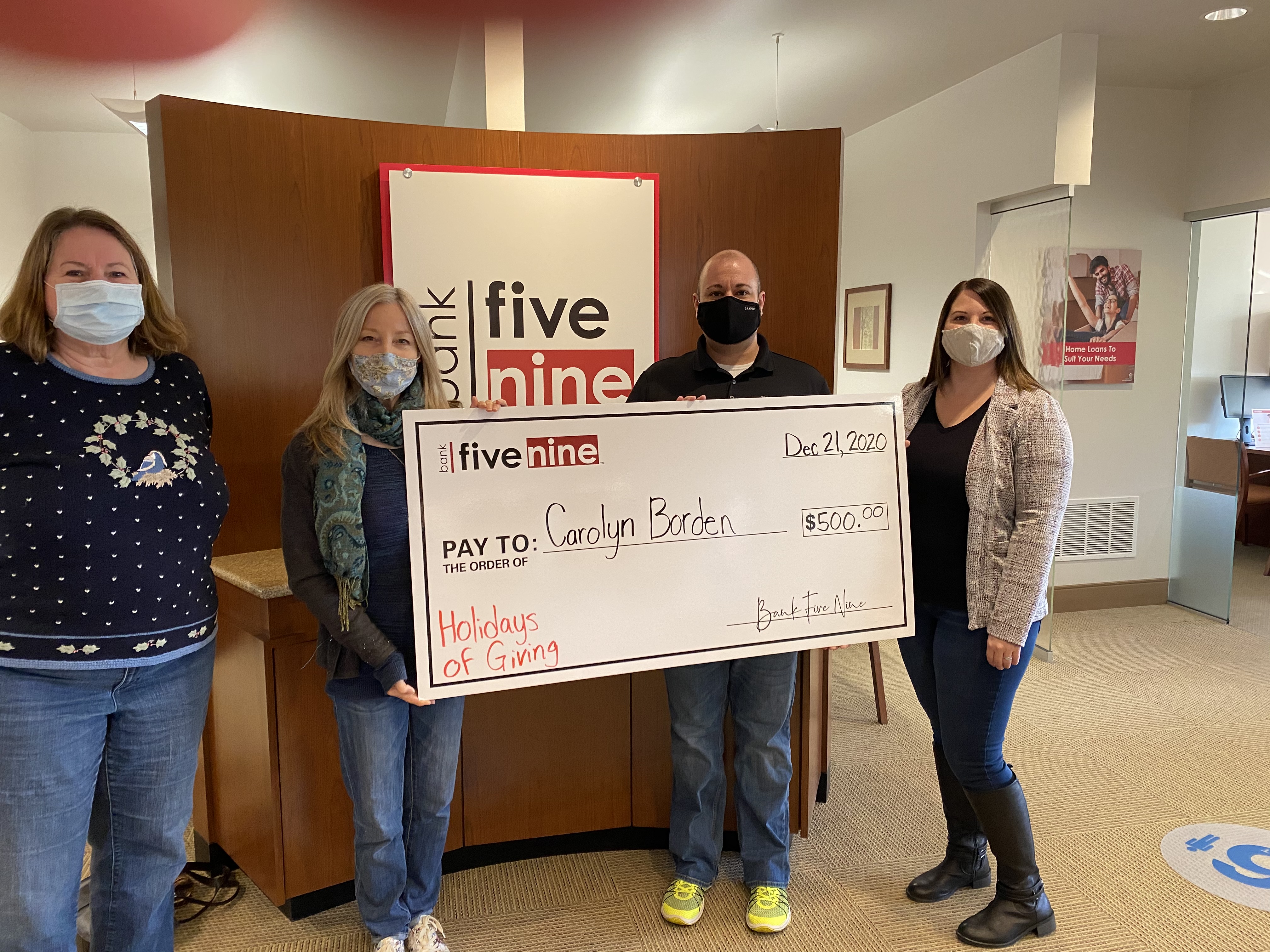 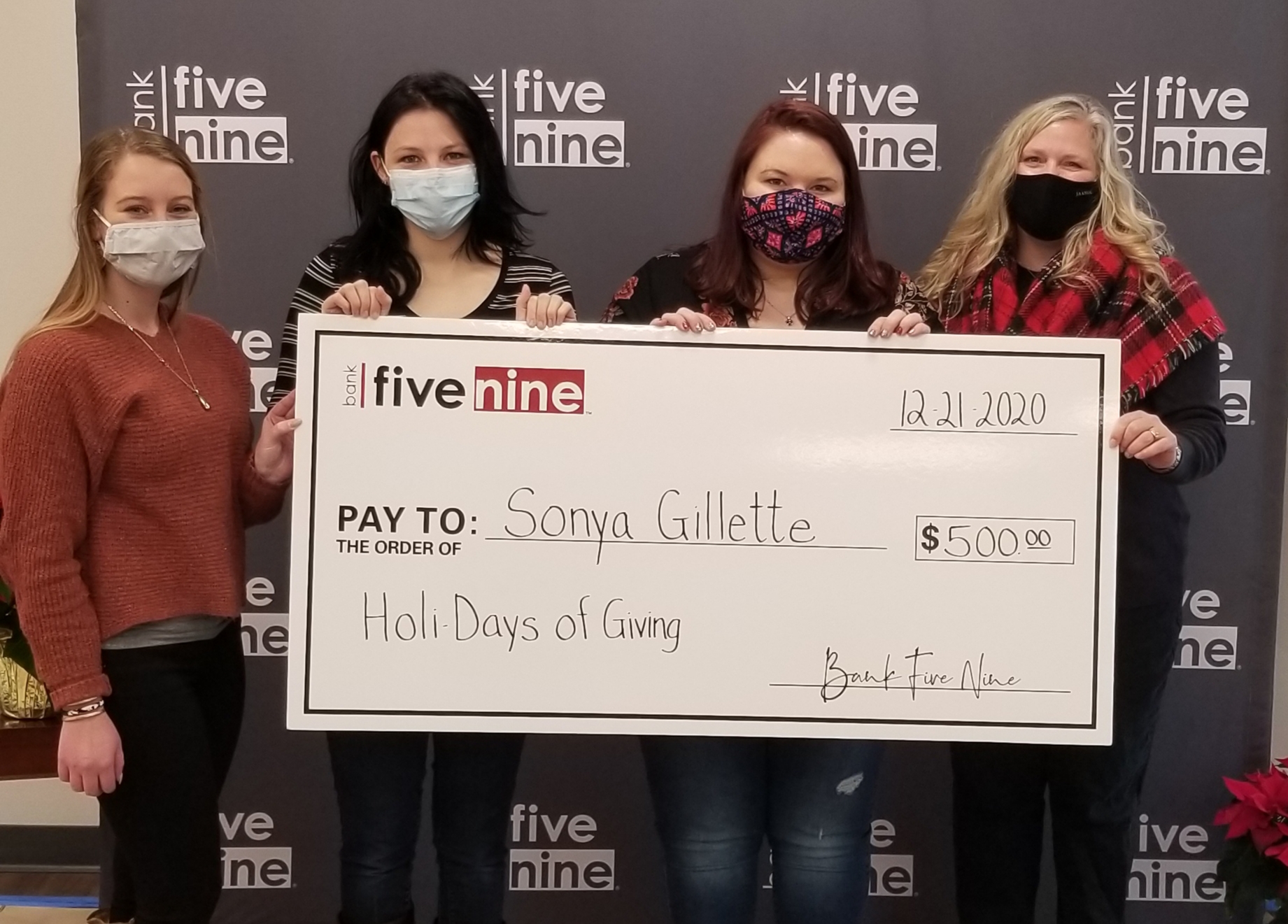 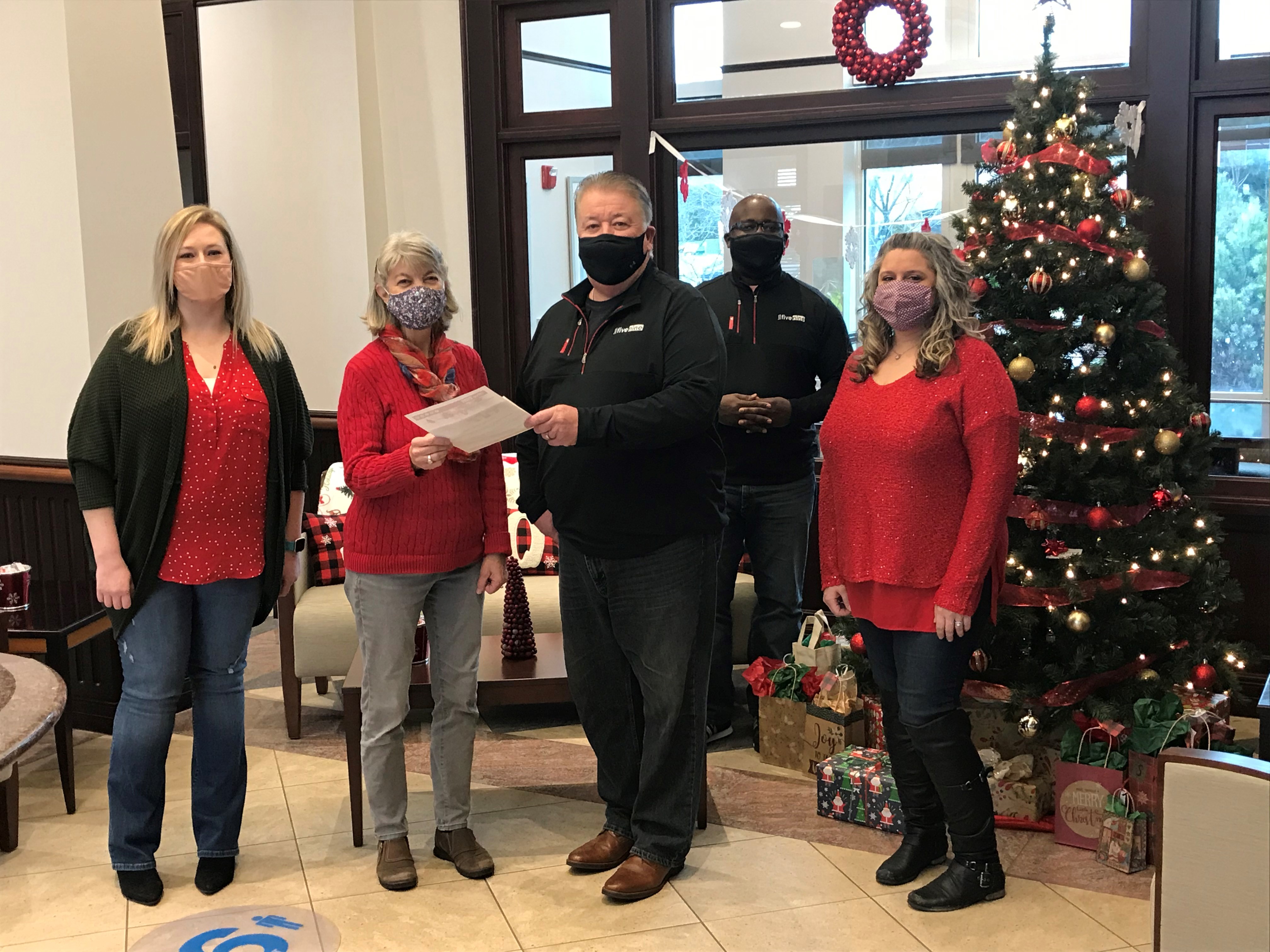 Thank you to our
Platinum Sponsors